Would any fiction writer I know find good use in the expression "needs must," as in, "Well, if needs must then we'll do that horrid thing we don't want to do..."?

Thinking it over, I guess I could only use it in dialogue from a retro character, a period piece (which I barely do), poetry (where I'd stand by it because of Percy Bysshe Shelley), or a work where the tone was just generally weird in that direction and I got significant oomph out of the phrasing.
Seems like "Necessity compels" would be my go-to if I wanted that retro archaism vibe because I think "needs must" looks like a typo to more people than there are people who still actively know the idiom or expression on the tip of their brain. [But lots of people I know will know it...which is why I'm considering hypothetical contemporary usage.]
And I guess that's the heart of it to me. If it's an old phrase that has become unusual, then I say it can live on as an idiom because my linguistic sense is that use was once widespread enough that it can just be said as an expression we no longer understand. We can quote P. B. Shelley for no good reason; it's allowed, except when it's confusing. When someone says, "will-o-wisp" or "jack-o-lantern," those words aren't presented as contemporary grammatical constructions or even as nouns a person can always explain, and not everyone who can read or speak English will know those words {Q: "Why do you call it that?" A: "I don't know, but that's what people say."}, but they live on sort of like idioms, where I wouldn't want to remake an old expression and pretend it abides by new rules [which leads to a whole lot of thoughts about backward construction leading to neologisms, but that's another day if ever], but I'd be willing to use an old, weird expression because people should honor it as a surviving idiom because of P. B. Shelley.
We all say stuff we don't understand because we've heard it a lot (okay, fine, I know people who don't, but they're rare) and I'd consider "needs must" as too dated to function as just an expression that still fits today's use of language for most fictive purposes, but I'd consider possibly sneaking "needs must" in as a weird idiom people keep saying without it needing to feel linguistically contemporary.
I guess it would have to be one of those nonsensical uses where the gravity of the tone gets wrecked, where one of the only uses I could really defend in contemporary fiction would be as a gag, like, "Your mother might come. If needs must, we'll use actual plates. If needs must, we'll break out the tiles and play Scrabble. Otherwise, if things aren't as dire, we should be in for a good night with Kimmy Schimdt..."

"I HAVE TO WRITE because I don't know what else to do with my mind, how else to make sense of the world and its inhabitants. For whatever reason, I have trained myself, for many years, to do this thing. And when I don't do this thing, I get crazy. No amount of yoga, bicycle racing, rapacious sex, or buying things can take the place of writing. If I don't write, I die." Maggie Estep 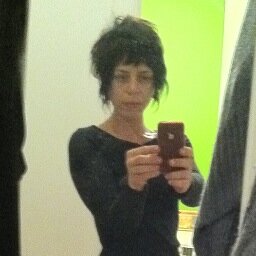 "... as every teacher knows, there are a lot of highly seductive texts—what one might called "sophomoric” texts—that can be greatly enjoyable and seem extremely fresh and new to not particularly widely educated readers. The problem is that they tend not to lead readers on to other works, especially once they become broadly popular. Rather, they stop and catch readers and make them think, often, that they have now encountered the best there is, so the readers just stall out and never progress. *The Lord of the Rings*, *A Hitchhiker’s Guide to the Galaxy*, even *Harry Potter* often function in this way. On another level, the works of Charles Bukowski can easily strike young male readers like this."

In seeing Salinger, I was blown away by it—and I’ve never wanted to be a writer more than I did as I left Hollywood Hits in Danvers. (Don’t worry. The feeling faded.) Yet it’s a strange film because it's a documentary that serves to remove gaps from a subject that remains relatively unknown. It's almost a movie about how hard it is to make a movie about nothingness. Or how hard it is to make being a writer look interesting on the big screen when the writer remains obscured.

Other than a few bits and pieces, it wasn’t revelatory, at least not for me. Almost all of the information in the film, even for someone like me who—out of respect for Salinger, I guess—hasn’t read his daughter's memoir or investigated much about him other than the basics, I still knew 85% of the film’s information going in. Really, the only tidbits are the specific examples of what’s to come, which sounds quite tantalizing, profound, and brilliant.

And then the old photographs make the movie. The rare visual evidence of him is certainly a powerful experience. The chronology tells the story well considering the subject is a reclusive man who did nothing truly public for forty years, and they have just enough photos to bring that together, though a more literary film that focused on the actual fiction Salinger wrote would’ve been more fun and have more depth than watching this movie about Salinger’s reclusiveness and what he looked like. This was a film about who Salinger was, not what Salinger wrote.

So, mostly and in general, I wish there were more documentaries about writers. I also think it would be a valuable film to show a romantic partner when a relationship with a writer starts to get serious: Here are some of the challenges you might face if you continue on this path.

I enjoyed it immensely, blown away and inspired to go write, and there’s certainly something to be said for understanding how great literature occurs—but there's not any take-home point or deep meaning as much, at least for me, as an imperative to go write stories and go read books.

And, holy goodness like time capsules, it's weird to know that, from 2015 to 2020, new books are said to be coming out expanding the Glass and Caufield family stories, and other works.

I related to Salinger more than I expected and want to reread what I've read of his fiction and then finish the ones I haven’t read. I've always been reluctant to run out of Salinger, but I’m convinced that there’s more work coming, so I’m willing to plow through what’s already been published in preparation for a crazy second act.

All told, it’s a powerful film despite not actually having a clear look at its subject, at least for someone like me who spends most of their time reading and writing and who was one of the millions who was changed by the experience of reading Catcher in the Rye in 9th grade.

[Still stuck mostly cutting and pasting because of an arm injury, but this seemed relevant to my circumstances, especially if I overextend the metaphor and think of self-entrapment as a two-way street.]

First, you develop a sense of accuracy in relating with your thoughts and your mind—with the neuroses of all kinds of things that develop in one’s mind.

Secondly, you put all that into a certain perspective, as workable.

You make a relationship with your thoughts; you work with the thoughts. This process can be represented by the analogy of trapping a crazy monkey. We have this big project of setting a trap and trapping this monkey. The monkey-mind is caught in the trap because of the constant practice of meditation, which provides a camouflage. Being completely still, it is complete entrapment.

"I think one of my concerns as a writer these days--just kinda in the back of my mind sometimes--is whether most readers read for the things I do, since obviously that's what's going to manifest in my writing. For example, I don't read to have my basic values and positions reaffirmed. I also don't read to see reflections of the world I already move through and already know. I generally don't think of characters in a novel as heroes of villains, too, and prefer books in which your understanding of characters changes over the course of the novel to some extent. I don't need a protagonist to be a nice person; I just need them to be interesting. I also don't like the classic confrontation ending that is the meat-and-potatoes of a lot of commercial novels--I don't know if Hollywood gave it to fiction or fiction gave it to Hollywood, but you know the one--hero meets villain in final conflict, usually with supporting cast to some degree in the picture."